'This Blinding Absence of Light' by Tahar Ben Jelloun 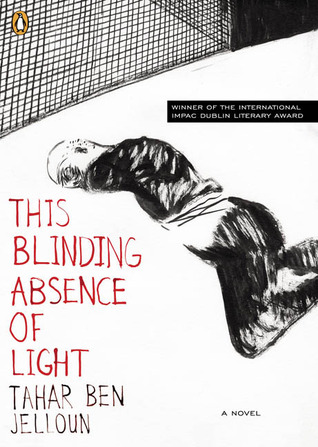 Based on an actual account of a survivor of a Moroccan desert concentration camp in the 1970s where King Hasan II held his political enemies. Tahar Ben Jelloun presents a harrowing story of survival in the worst possible conditions. This is not an easy read. In fact, it’s quite disturbing, but that’s the whole point. Not only is the novel an attempt to shine a light on what happened then but to also illustrate the depraved depths man is willing to delve in order to punish his fellow human beings.

The narrator is a former soldier, taken prisoner after an attempted coup against the king. He, along with dozens of others, are shipped off to a dungeon in the Moroccan desert and kept prisoner in a cell with no light and are only given enough food and water to keep them alive. As they battle scorpions and roaches, declining physical and mental health, we live this nightmare along with him and his fellow prisoners as they fight to survive. Jelloun pulls no punches here and that’s what makes it disturbing. In crystal clear, poetic prose, the reader sits along side them, feels their suffering.

However dark this novel may be it is also a testament of the human will to survive even in the most wretched conditions imaginable. The narrator finds solace in religion, recalling verses in the Qur’an for comfort and for guidance. As they destroy his body he fights tooth and nail to maintain his soul and his dignity.

A highly recommended read though prepare yourself for a very dark experience.